Christians who believe that, as a demonstration of love and compassion, those with a terminal or hopeless illness should have the option of a pain-free, peaceful and dignified death with legal voluntary assisted dying or legal voluntary euthanasia.

Rev. Trevor Bensch, former Minister at North Adelaide Baptist Church, and a Baptist Chaplain at two major hospitals, was the catalyst for the formation of this group. Ian Wood asked Trevor his views on Voluntary Euthanasia from his Christian perspective. Trevor’s response was so supportive Ian suggested he send it to all MPs in South Australia. Hon. Mark Parnell quoted sections of this letter in his speech introducing a VE Bill into South Australian Parliament and now the letter is in Parliamentary Hansard.

Rev. Bensch, together with fellow Christian Ian Wood, decided to establish a group to allow Christians to voice their support, and Christians Supporting Choice for Voluntary Euthanasia was born in February 2009.  To reflect terminology currently used, our group is now known as Christians Supporting Choice for Voluntary Assisted Dying. Sadly, Rev Bensch died in February 2019, but his efforts on this issue continue.

Ian Wood is National Coordinator and contact for the group.

The group’s principal activity is sending letters to Members of State Parliaments when a Bill relating to Voluntary Euthanasia or Assisted Dying is being debated and generally making it known that many Christians support choice for voluntary assisted dying and voluntary euthanasia, holding it to be consistent with Jesus’ message of love and compassion.

It is intended that all statements be moderate, respectful and based on facts. The group is independent but will complement and work together with the various DWD and VE groups in all States and Territories to achieve the necessary change in legislation.

Generally making the public aware through the media that there is strong public support amongst the more enlightened and thinking Christians for our legal right to make end of life decisions.

Countering any mis-information put forward by religious opposition to every person’s right to a dignified and pain-free death.

Membership of the Group

There is no payment of subscriptions or cost involved.

However, we do welcome sponsorship and donations that help us run our operation.  Donation by bank transfer is preferred. Account Name: Christians Supporting Choice for VE.  BSB: 105 003  Account: 119890940. If making a transfer please also email me ian.wood@christiansforvad.org.au with your name and transfer details. If donating by cheque or money order please make it  payable to Christians Supporting Choice for VE and post to the address below.

Membership is an expression of that person’s willingness to become a “signatory” at the foot of Group letters going to Members of Parliament in any Australian State.

Considerable support has been expressed by non-Christians and ex-Christians for our campaign, and we are happy for these people to join on this basis.

The names of all members in both categories, listed as “signatories”, will be added to letters going to the Members of Parliament.

Members will also be encouraged to write their own letters to MPs when Voluntary Assisted Dying or VE Bills are being debated in the Parliament of their state.  Being prepared to actively talk face to face with your MP about the need for assisted dying choice is the ideal.

To help streamline our operations and keep costs low, we aim for:

All media releases will be sent as a statement from the group without prior approval due to time considerations, and the need to respond quickly to topical items as they arise. However we will endeavour to keep the group informed.

Christians Supporting Choice for Voluntary Assisted Dying would welcome your participation with any ideas and suggestions as to the content of letters, suggestions for media releases, facts and stories that support our aims. Please email or write to Ian Wood at the address below.

The main opposition to law reform arises from Christians in the fundamentalist churches.  Their dogmatic approach is disturbing, and we are seeking to counteract this.

Many moderate Christians from all denominations already support choice for voluntary euthanasia.  It is essential for these Christians to become active, standing proudly in their faith and giving voice to the significant majority of Christian support shown in surveys over recent years.

Booklets available. Copies of our 16 page colour booklet “C4VE – I want the choice” (version 3) are available at no charge to distribute to interested friends if required.

Our promotional leaflet is available, free of charge. Simply email or write to the Co-ordinator with your request.

We are an ecumenical group, with Uniting, Lutheran, Baptist, Anglican, Church of Christ, Presbyterian, Seventh Day Adventist, Unitarian, Catholic and Quaker denominations represented, including the Religious Society of Friends (Canberra), the “Canberra Quakers”!

Please show your Support by signing up to join our group today!

Show your support for a compassionate death for the terminally ill by taking just one minute to sign up. We’ll keep you informed of developments. 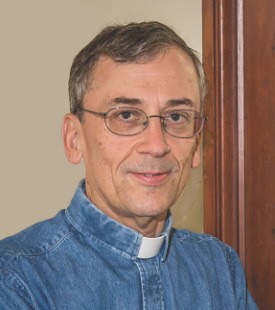